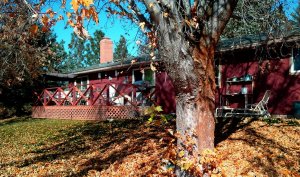 They say the best time to list your house for sale is in the spring. People are inspired to move during the summer, when their kids are out of school and they don’t have to deal with so much snow and rain.

If you list your home in mid-April, you could be closing by June.

But what if the need arises to sell your home and move later in the year? The end of the calendar year is a busy time in people’s lives and many of them won’t want to add house hunting to the agenda. In other words: there aren’t a ton of buyers to go around.

So, is November a good time to sell a house? Let’s look at the pros and cons of selling your home some time between September and November.

Pros to Selling a Home in the Fall

Despite evidence that March, April, and May are the best months to sell your home, there are some silver linings to selling in the fall. Here are some potential benefits to listing your home in the fourth quarter:

Cons to Listing Your Property During Fall

Is November a good time to sell your home? There are some reasons to think the experts are right, and holding off until spring (if you can) is your best bed. Here are a few potential downsides to selling your home during autumn months:

Selling Your Home Fast Between September and November

Are you in a bind and need to sell your home fast this fall? Listing it on the MLS isn’t the only option. If you’re nearing foreclosure or you inherited a home you don’t want — an all-cash buyer is also an option. Buyers like California Family Homebuyers can make you a fast offer and close within just a few weeks (r sooner).

You may not be able to sell for the same price as you would on the MLS, but selling to a company like ours means you can put an end to carrying costs on your home very quickly. We may even be able to save you from foreclosure! Call us today at 916-496-3737 to learn more.

Get Your Fair Cash Offer: Start Below!

“I recently sold an investment property I had owned for many years.  The same renters had been living there for 23 years.  The house needed plenty of updating and I didn’t want to do it.  I sold it to California Family Home Buyers represented by Seth Carlsen.  These people were fantastic.  They closed on schedule and were even nice enough to make arrangement with my tenants to collect the keys at the close of escrow.  They did it all.  I’ve been a real estate investor and broker for 40-years and these folk are just about the best I have encountered.  I give them 5-stars!”

“I became an accidental landlord several years ago when I couldn’t sell my house.  My problem was that I moved out of California and the hassles of landlording became headaches.  I didn’t know how I was going to sell my old house from so far away.  I contacted Seth and started the process.  Next thing you know, we closed on the house and I was worry free!  It was so easy!”

“My situation was very complicated.  I had many requests to make it work for me, but California Family Homebuyers did it!  They were able to accommodate all of my needs and made a tricky, messy situation painless and easy.”